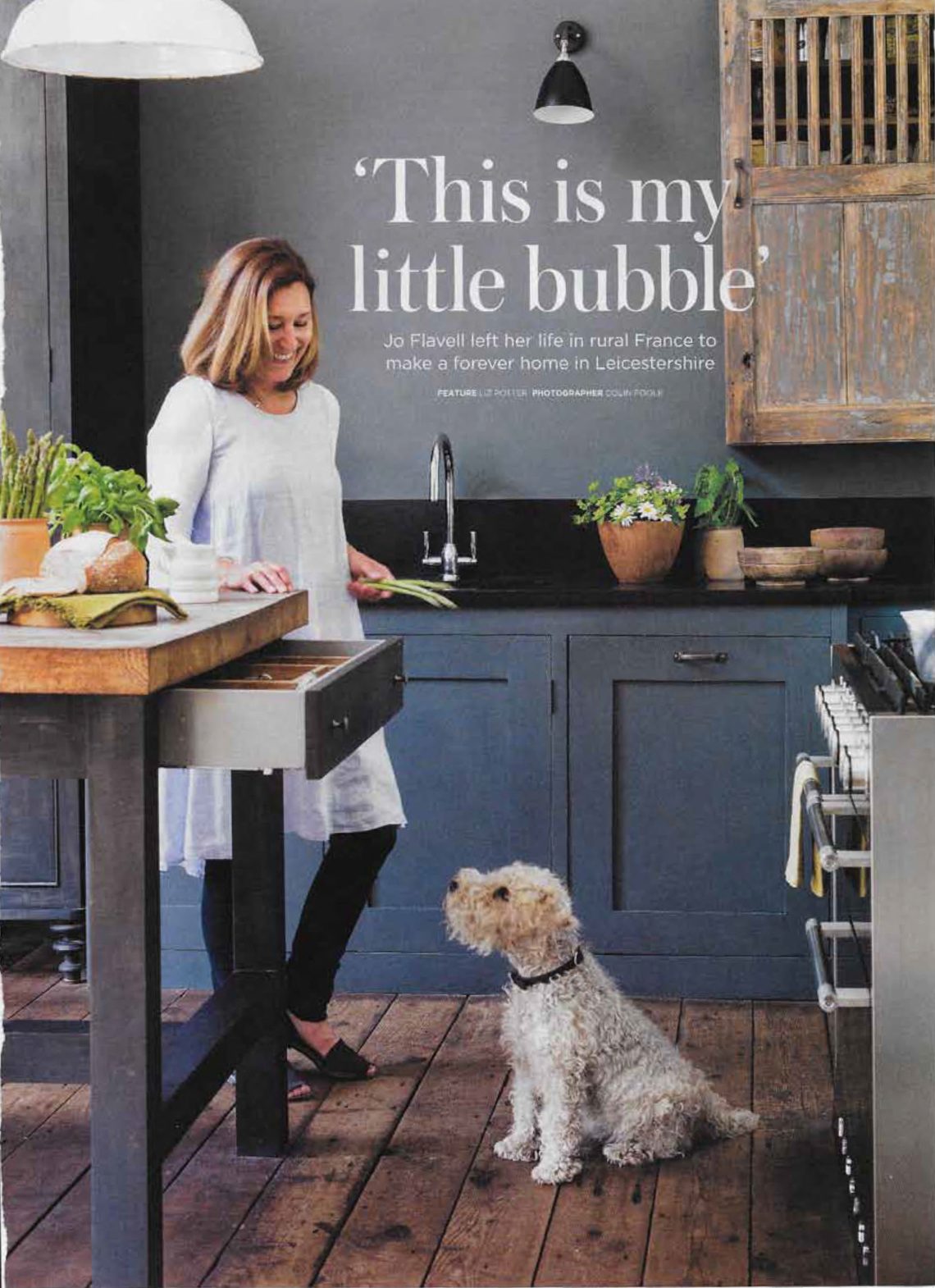 When you make a living finding properties to do up and sell on, renovators’ restlessness can make it hard to settle down. Yet for creative homemakers Jo and Peter Flavell, finding somewhere to put down roots was simply a matter of locating the right house with the right views, then putting their own unique stamp on it.
‘We spent seven years renovating properties in France to sell on,’ says Jo, a professional interior designer. ‘We’ve done so many. But this one wasn’t done up to sell on, it was done for us to live in. And we love it – it really works for us.’
Jo and her husband Peter, a woodworker and furniture maker, moved to the south of France in 2005 to convert rural barns and settle down there. ‘We renovated two complete wrecks and a third part-wreck in Uzes,’ says Jo. ‘Each time we lived on site during the renovations, and that sort of workload really takes it out of you. We came back to the UK in 2011. I guess after seven years we were ready to come home and settle down.’
The couple rented in Somerset for six months before spotting Stone Cottage in the quiet village of Bringhurst, Leicestershire. ‘It meant we would be half way between my parents in Yorkshire and Peter’s son Frank in London,’ says Jo.
The cottage appealed immediately. ‘The fact it was a large, two-bedroom cottage suited us perfectly,’ says Jo. ‘It faces the oldest church in Leicestershire and is part of a conservation area in a quiet no-through road. Hardly anyone knows we’re here.’
The picturesque Jurassic Way passes by the side of the garden over the dry stone wall, but it’s still very private. ‘We’ve got fabulous views across rolling countryside,’ says Jo. ‘We love to sit out and watch the sunset on summer evenings. It’s completely magical.’
‘The house looks like a tiny cottage from the front but inside it’s surprisingly spacious,’ adds Peter. ‘It’s essentially a U-shape, with what we jokingly call our ‘east’ and ‘west’ wings. The house had last been modernised in the 1970s, so it was in need of a major overhaul to make the living space workable. We created a new double-height kitchen-diner from the old garage and rebuilt the ‘east wing’ to make a master bedroom with a new garden room underneath. We also altered the layout upstairs to extend the bathroom and create a new dressing room.’
Not only is the house more spacious now, it’s better looking too. ‘We changed the windows to be more in-keeping with the age of the house,’ Jo says. ‘The exterior was painted bricks and we’ve replaced them in part with a skin of Cotswold stone. The cladding on the new extension is made from scorched cedar, using the Japanese technique of Shou sugi ban.’
Inside the feel is very relaxed, warm and cosy, dominated by Jo’s favourite sludgy, earthy greys. ‘Over the years our style has changed,’ says Jo. ‘In France we were all cream, neutral linens and soft greys. Here we wanted it to feel cosier so we had to use bolder colours.’
The house is filled with homely, handcrafted touches that give it a unique personality. Peter has built all the fitted cupboards, laid all the recycled floorboards and created the tongue and grove panelling from scratch. Jo has added colour accents in each room, using her own blends of Jacquard fabric dyes in bronze, chartreuse, gold ochre, Aztec gold, olive and pumpkin. Everywhere you look there are signs of this couple’s creativity with displays of objects and each with a story to tell: like the old towel ladder in the bathroom rescued from an orchard. ‘In France we were constantly going to antiques markets, brocantes and flea markets looking for interesting items,’ says Jo.
The French days are now a happy memory but the homecoming was worth it. ‘We spent seven years renovating properties to sell,” says Jo. “But this one was for us to live in. It sounds corny but it’s our bubble; a real home where we can escape from it all.’ 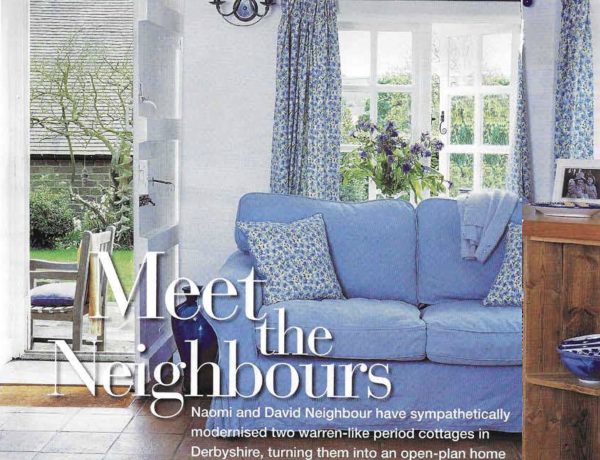 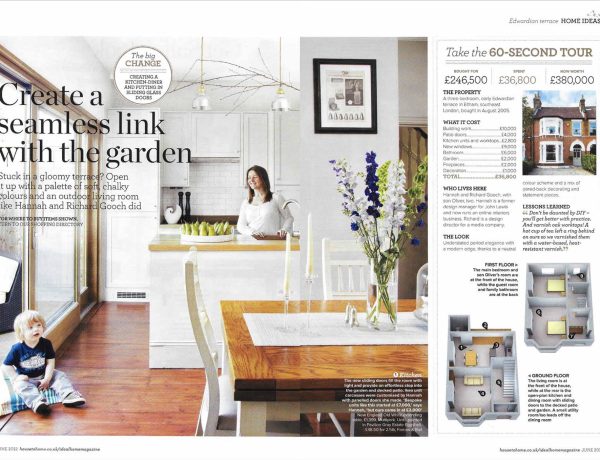 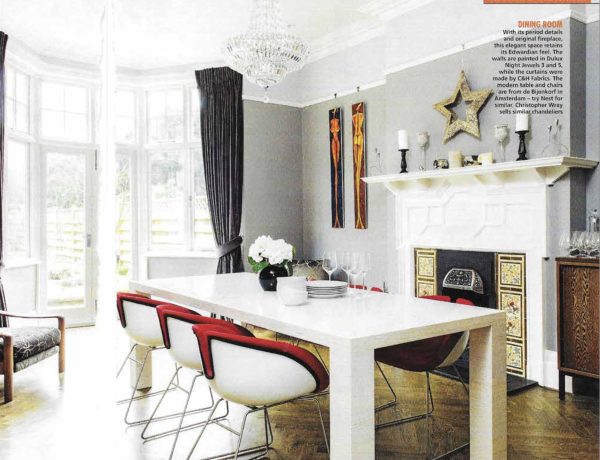 "We chose a pretty French look"