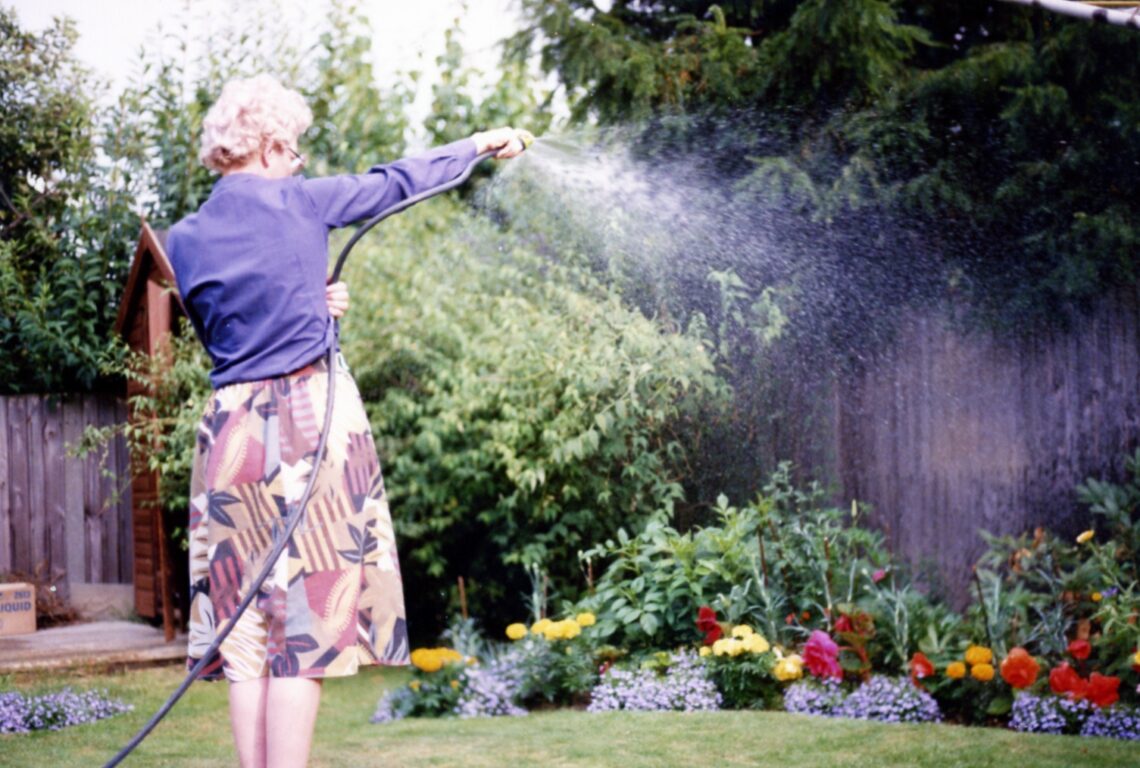 Gardening in the eighties

Garden Answers magazine is 40 in March. Here’s an affectionate review by its former editor (me)

MARCH 1982. Television news is grim: there are three million unemployed and we’re on the brink of war in the South Atlantic. There are good things around the corner: Princess Diana will give birth to an heir, William, in June this year, and on Friday evenings, 45-year-old Geoff Hamilton will be presenting Gardener’s World on the BBC – providing down to earth advice and respite from the turbulence of Margaret Thatcher’s Britain.

In other news, Haymarket publishing has just launched a magazine called Garden Answers. Technical writer Adam Pasco will shortly become its Editor when EMAP buys the title and moves it to Peterborough. “It’s interesting to look back and realise that so many of the ‘new’ gardening trends people pick up on today were around in the 1980s,” says Adam. “A lot of the environmental issues that we’re familiar with today were just coming to the fore. Organic gardening was on the up; we were attracting nature and growing wildflowers; houseplants were popular – and they’re all enjoying a resurgence. Forty years on, we have climate change in the headlines and the media landscape has changed beyond all recognition. No one knew the internet revolution was just around the corner.”

Looking through the old bound volumes of GA it’s clear the gardening world has changed a lot. The early 1980s were all about crazy paving, conifers, bedding, ‘Yak’ rhododendrons and stripy lawns. Decking was “a new idea from America – an alternative to the British patio” and rockeries and island beds were just coming into fashion.

“Everyone had a rockery, often made with faux concrete rocks – a concretery!”

For many of us, the lawn took pride of place. The hover mower had been launched by Flymo in 1965, but traditionalists still preferred a push-along mower with a rear roller, so they could produce neat stripes as they paced up and down. Edges were crisp; long grass, in a front garden, was a neighbourhood faux pas.

Plant borders tended to be flung around the perimeter of the garden and were filled with shrubs and regimental bedding. Award-winning garden designer Andy Sturgeon remembers the era well. “I started as a landscaper when I left school in 1983,” he says. “I went to work for my brother and we thought we were really cutting edge – using recycled sleepers to make seats and retaining walls – all soaked in tar!

“In the early 1980s, new products were just coming on the market, including moulded concrete pavers that looked like terracotta and riven Yorkstone slabs, which made laying a new patio much more affordable. At the time our clients’ gardens were full of hybrid tea roses, pergolas, sundials and crazy paving. They were all of a certain age, mind you – the Caravan Club generation… In those days people would take out a loan against the house to do up the garden, so budgets were tiny and gardens were bottom of the priority list.

“By the mid-1980s, new uPVC patio doors meant that for the first time people were looking out onto their garden, which changed the way we used it. Instead of going outdoors from the side of the house, we now stepped directly out the back. New technology meant glazing was bigger, so we could see more. Nowadays of course everyone aspires to enormous bifold doors… and we all want a seamless flow between indoors and out.”

Low-maintenance shrubs had popular appeal. “Everyone wanted what I call ‘car park plants’ – berberis, mahonia, phormiums… Then in 1985 or ‘86 there was a big push on choisya ‘Sundance’, which was marketed to death! Japanese maples were big too, but conifers were the real stars of the ‘80s. Leylandii ‘Castlewellan Gold’ was the one to go for, and people would create conifer and heather beds where the conifer had been labelled ‘dwarf’, but soon grew to 20 or 30ft! If they were feeling really adventurous, people would add in some of the new dwarf Yakushimanum rhododendrons.

“Everyone had a rockery, often made with faux concrete rocks – a concretery! And then there were the currant bun-type rockeries made with stones dotted all over a mound of soil. People would dig down and find old air raid shelters buried in the soil that they’d turn into a rockery, too.”

Labour-saving tools and equipment of the 1980s included log-roll edging, contact weedkillers, peat grow bags, seed gel, shredding machines, jiffy pots and pump-action sprayers. “There were thousands of garden chemicals back then,” says GA contributor Geoff Hodge, who was managing a garden centre at the time. “This was long before the Chemicals Regulation Directorate (CRD) required regular reapproval for Plant Protection Products, which can cost up to £6 million per product. Few people realise that the UK actually has one of the most stringent pesticide approval systems in the world.”

Our dependence on chemical sprays was prompted by the so-called Green Revolution – a global initiative to offset famine that began in the late 1960s. “Agrichemicals were seen as the saviour of food production – a magic bullet,” explains Sally Cunningham, horticultural consultant at Garden Organic. “Gardening wasn’t as trendy as it is today and most people just wanted quick and easy ways to make their garden look ‘tidy’.

“In my first year of HND Amenity Horticulture training in 1980 I remember having to recite lists of Lenacil and Simazine- resistant shrubs. Health and Safety legislation was pretty relaxed – you were given a knapsack sprayer, shown how it worked and left to get on with it.

If you were lucky, you had a few hours training and were supposed to be issued with protective clothing. Anybody could buy almost any chemical treatment – even quite toxic things like paraquat or DNOC, though you still had to sign the Poisons Register for strychnine to kill moles.”

Rachel Carson’s book, Silent Spring (1962) had already revealed a picture of the devasation wrought by chemicals upon the countryside, and organochlorides had been shown to be affecting birds’ eggs. After decades of lobbying, Garden Organic (then called the Henry Doubleday Research Association) and other eco charities finally got DDT banned in 1984 – a full 10 years behind the USA.

Since the 1980s, attitudes have changed a lot, with environmental protagonists such as Geoff Hamilton and David Attenborough leading the way. “There was a growing unease about how the natural world was changing,” says Sally. “The drought and heatwave of 1976 killed hundreds of trees; Dutch Elm disease changed the countryside almost overnight; and the Great Storm of 1987 wrought immense devastation to the south of England. Water voles and butterflies were disappearing; and harlequin ladybirds arrived. There was a growing realisation that our precious environment was vulnerable and we’d have to do something to protect it.

“The main impetus for tightening up legislation came from Brussels. We had the first Control of Pesticides Act in 1986, which limited who could spray and brought in proper training and licencing for professionals. It also limited what the public could buy, although it wasn’t very strongly adhered to in some cases.

“Now all professional growers have to hold a licence (PA1 & PA6) to both advise on pesticides and use them. The number of chemicals available to the public has shrunk but since Brexit, and the pandemic, new legislation governing their use is in a state of uncertainty.” 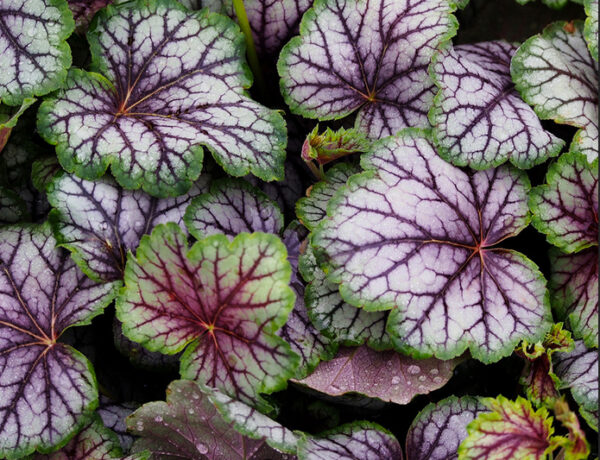 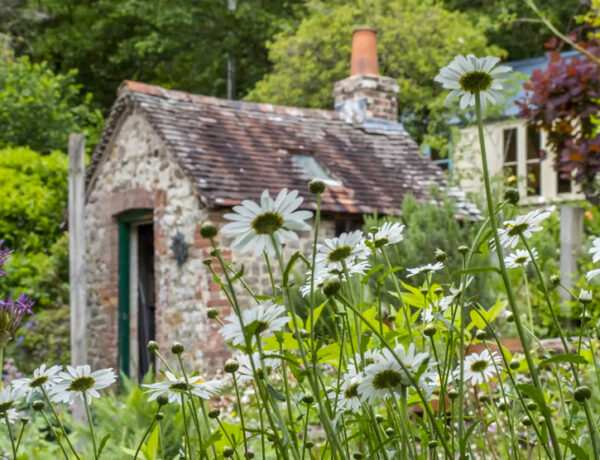 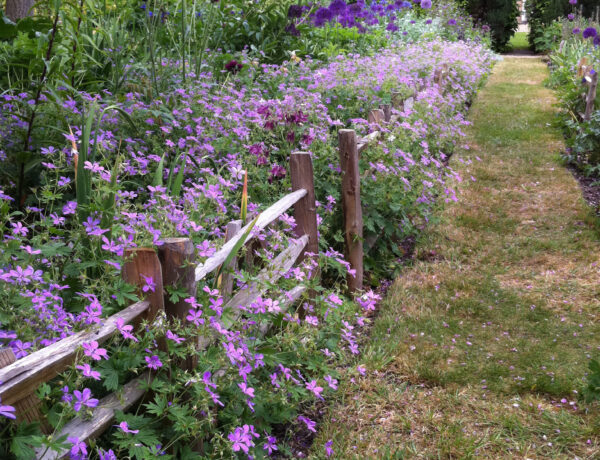