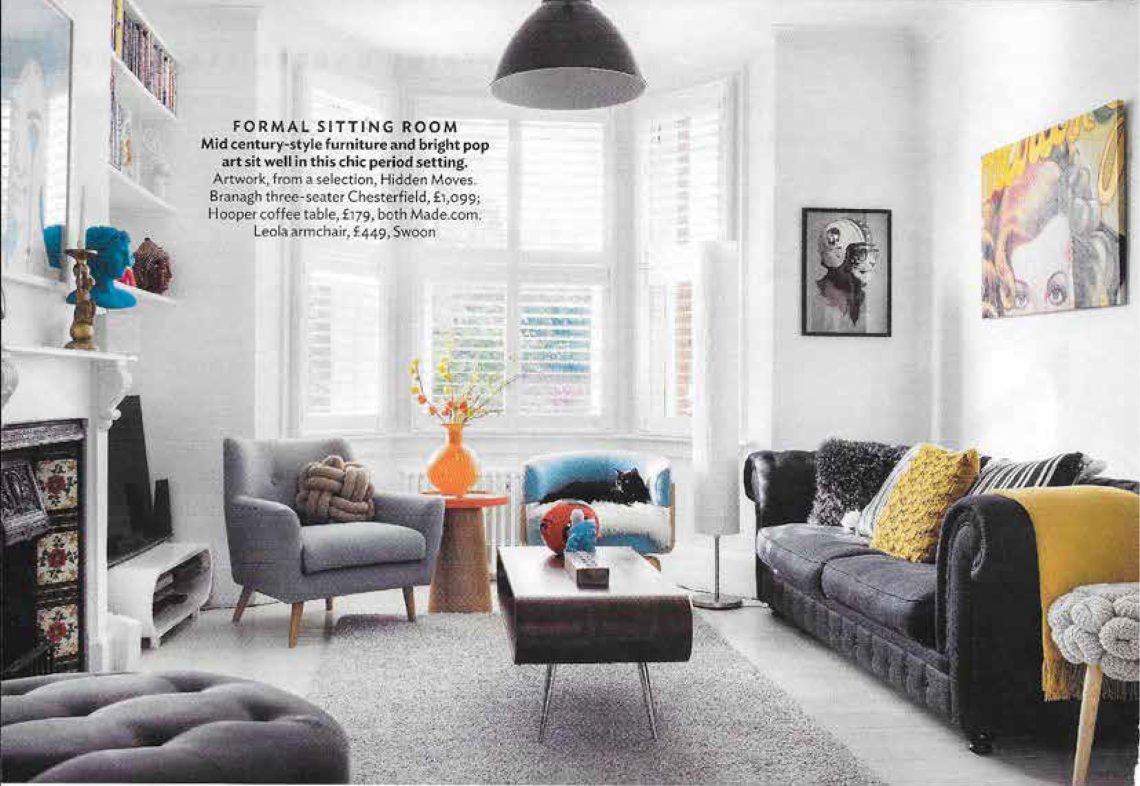 Bold artwork and colourful furnishings stand out against a crisp, white backdrop in this spacious home created by Kate Adams and husband James

Victorian properties are often associated with draughty fireplaces, creaky floorboards and crumbling plasterwork, but that’s definitely not the case with the home of Kate Adams and her husband James. Their bright, welcoming townhouse in Tunbridge Wells is filled with sunlight, quirky art and artefacts, and pops of colour that give it an unmistakably modern edge.
“I’ve always loved period houses,” says Kate. “The classic sash windows, fireplaces and high ceilings are appealing, but ours is a bit different from the norm with its layout of three floors and two front doors. It could be a five-bedroom house, but as it’s just the two of us, it makes sense to have more reception rooms instead.”
The couple share a love of eye-catching, unusual items. “Ours is an eclectic style,” explains Kate. “We like to mix things up so that each room looks as though it’s taken time to evolve, rather than been created all in one go. We tend to avoid objects that match.” Hand-me-down furniture, imbued with history, helps set the scene including James’s grandmother’s dressing table and a Fifties part-glazed kitchen cabinet that Kate has painted to match their freestanding Ikea units. “My mother-in-law downsized at the same time as we moved so we inherited quite a few pieces,” says Kate. “We also have James’s grandmother’s old china cabinet in the dining room – it fits nicely in the alcove!”
Kate and James have made canny use of eBay, too, finding four of their fireplaces on the site. “It’s best not to buy without measuring the opening of the fireplace first, though,” advises Kate. “I made that mistake twice, but I’ve learned my lesson now.”
More characterful purchases include a pommel horse, serving as a coffee table in the sitting room, and a pair of old cinema seats. Other pieces – a set of Russian dolls, a lucky car and a red silk cushion in the main bedroom – have been collected as souvenirs on travels to Russia and Hong Kong. “There’s a wide range of UK shops that we love to visit regularly, too,” says Kate.
“We tend to look for modern, mid-century items. Our favourite stores are England at Home, InSpitalfields, Love Inc, made.com and Swoon. We always keep an eye out for accessories with a sense of humour!”
Since the pair moved in, the townhouse has been transformed. “I had just been made redundant so I had time to project-manage the renovation,” says Kate. “I spent the whole eight months painting walls, doors, furniture and window frames.
“At some point the property had been converted into two flats, which the previous owners had changed into a photographic studio,” she continues. “Everything had been emulsioned white but we’re gradually introducing colour – especially downstairs, where we’ve embraced the cosy nature of the basement room by painting the walls in dark moody hues.”
Upstairs, not only the walls but the floors are white too. “We worried they would show every mark, but they’re remarkably resilient.”
Now, the sitting room sparkles on a sunny day, thanks to its double aspect and pale scheme. “It’s the perfect backdrop for our artwork and bright furniture,” says Kate. “It’s like having our own modern gallery.” 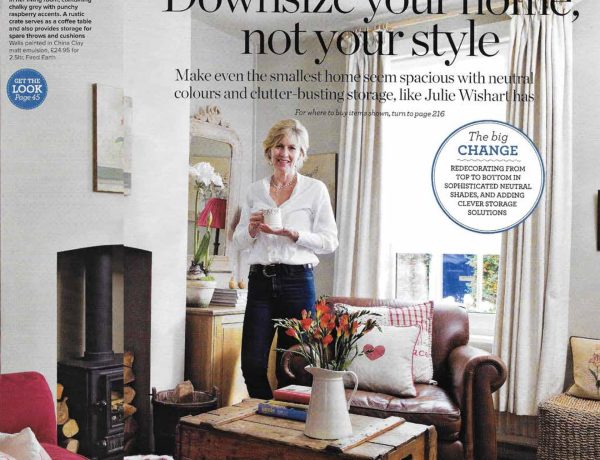 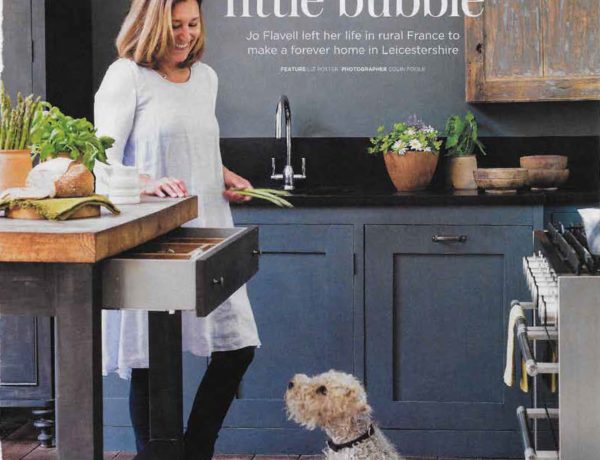 Gardening in the eighties

"This is my little bubble"